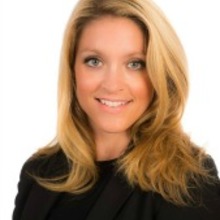 Erin is an ABT® Certified Teacher, who has successfully completed the ABT® Teacher Training Intensive in Pre-Primary through Level 3 of the ABT® National Training Curriculum.

As a Project Plié Partner Teacher, Erin is bringing the initiative to Long Island and to her organization, Integral Ballet. Project Plié is an initiative founded by American Ballet Theatre (ABT) in 2013 to increase diversity in the art form of classical ballet. In commitment to the mission of Project Plié, Drennan teaches classes at The Freeport Recreation aimed at introducing children to classical ballet. Throughout the semester at the community center, she identifies students with exceptional interest and commitment who otherwise would not be able to afford classes and provides them with scholarships for further study at Integral Ballet. Integral Ballet is working with Project Plié's efforts towards the crucial goal of increasing racial and ethnic diversity in America's ballet companies.

Erin received training primarily in the Balanchine aesthetic and also studied Cecchetti and Vaganova. Erin has studied tap, jazz and modern dance at local and regional schools including Steps, Broadway Dance Center, Alvin Ailey, the Dance Forum in addition to her degree program at Hofstra University. Erin received a B.A., cum laude with high honors, in Communications at Hofstra University with an emphasis in Dance, and continued her studies at St. John’s University Post Graduate School of Education. Erin became a certified yoga instructor and registered yoga teacher with the Yoga Alliance through Into This World Teacher Training, under the guidance of Suzanne Cardinal. Erin is the Artistic Director and resident choreographer of the FAITH Dance Project, a professional/student collaboration that donates performance proceeds to various charities including the American Lung Association and Autism Speaks, through annual performances and educational program.

Erin danced professionally with the New York Dance Theatre in principal roles including Dew Drop & Snow Queen in NYDT’s The Nutcracker, Frank Ohman’s Pavanne variation, which was set for her, the lead in Ohman’s Fantasia, among dozens of other roles. She has also danced with the FAITH Project Dancers, Perfections Dance Company, and in many regional and local productions. Erin has performed works by Maxine Steinman, Donald Mahler, Diane Lichtenberger, Frank Ohman, Regina Hill and Gregory Youdan. Performing has come second only to her teaching and choreography career. Erin has choreographed and produced a repertoire of ballet’s including A Midsummer’s Eve, Fantasia, The Firebird, That Awful Cinderella, Stormy Weather, Red House, Birth of the Blues and her upcoming work: Ballet’s Greatest Ghost Stories. Erin has studied and performed under the direction of many sought-after teachers including Wilhelm Burmann, David Howard and Stacy Caddell. She has molded hundreds of students and has had the privilege of teaching many upcoming stars of professional dance, including Trenk Kowalik, the Tony award winning star of Billy Elliot, the musical.

Class 1: Origins of Ballet Terminology and introduction to various schools of Ballet.